Well friends, is this not the holy shit moment? I do believe it is! A few days before the 2016 election I suggested how it might be going in favour of billionaire Donald J Trump. Even I couldn’t have predicted the Reaganesque landslide that we got. Did wikileaks and dank pepes actually help elect a president? Is it not a great time to be alive?

Jokes aside what did we learn from all of this unnecessary political theatre?

Our Technology Comes with some Seriously Strange Side Effects

First and foremost we learned in real-time how dramatically our technology is effecting our perception of reality. The tactics used to divide a populace on “issues” during some form of democratic election are ancient and well documented. Divide and rule was perfected in Roman times after all.

But consider how exaggerated and over-simplified the divisions became during this crazy US election when enhanced with twitter, facebook, reddit, and the giant social media apparatuses that have taken over our lives. Our social media made it shit simple to divide people into 1 of 2 camps, either you’re with me or you’re with them. Trump vs Hillary, because we all know the Libertarians and Green are getting nothing. This simple divisionary principle made causing a ruckus turn into a global sport for the last few months. It was so ugly I can honestly say I hope we never repeat it.

We saw spam, disinfo, clickbait, lies, and other bullshit at levels never seen before. Learning to fact check for yourself became an essential tool that sadly not many people seem to have. Not to mention, and people forget this, but this was the first US election held after propaganda was officially legalized in 2013.

When you immersed yourself in this echo chamber it became hard to discern signal from noise, and I used to think I was quite good at it. Yet as many people began to seclude themselves in their news feeds of instant self reassurance, they missed out on what was actually going on around them.

We all read in the Podesta leaks how the DNC screwed over Bernie Sanders by providing favours to Clinton. So by screwing over Bernie Sanders, and of course it being revealed, you have now successfully managed to sway your constituency to vote for another candidate. Fail! Rob Schneider arguably has the best quote on all of this.

The Rise of the Alt-Right, Fake News & Crowd Sourced Journalism

Now for me the real story of the 2015/16 election cycle was the incredible camaraderie and organization from some of the internet’s alt-right fringe communities as they gathered around Trump. I’m looking at you 4chan/pol, 8ch/pol, and especially the glorious centipedes at /r/the_donald. Most normal internet users have never heard of these places but this is where all of the heavy lifting was done facilitating meme magic and combing through thousands of DNC emails. Make no mistake about it, weaponized autistics of all ages and nationalities put incredible effort into building the gotcha memes and scandals your parents were reading about on Facebook. We all know how effective this became as Nov. 9th approached. 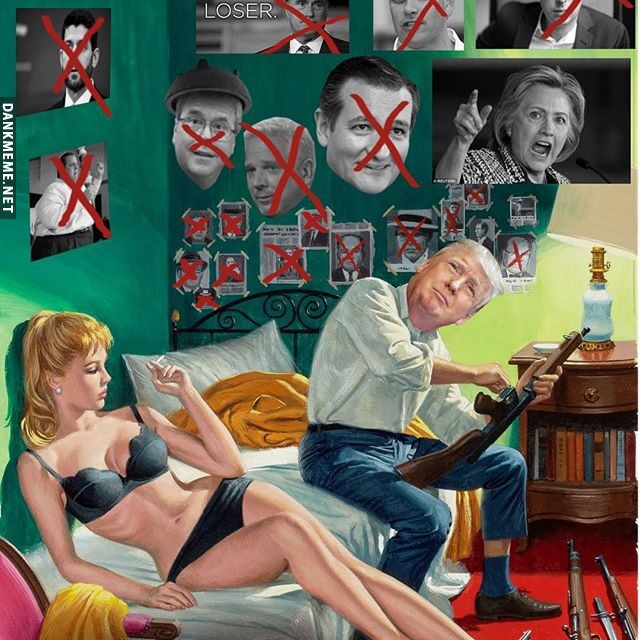 Watching this unfold was incredible because it went from complete parody in early 2015 with references to God Emperor Trump, to something altogether very serious as the summer of 2016 came to a close. Getting Trump through the Republican primaries became the greatest meme contest ever staged. When he beat the odds and became the candidate, all of a sudden it was no longer a joke. It became a perfectly pitched battle between crony capitalism and the status quo VS a pompous billionaire with grabby hands. It was a story only Amerika could write.

Now one rule of the internet is that when you get insane and cheap traffic levels like this election provided, the quality of the content is going to be lowered considerably and this resulted in many fake news blogs appearing. Many of them were hosted in Russia but that’s where you host websites like these! They would run with click bait articles and get spread like crazy on facebook using custom tools anyone can purchase. Trust me, these guys made buckets of cash doing this but it’s nothing new, and frankly if you’re not capable of vetting your news sources by now, you’ve likely got bigger problems. 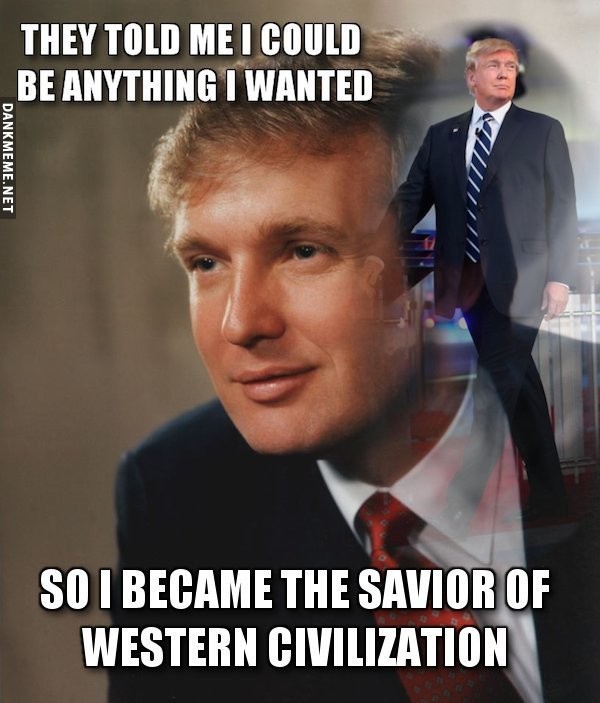 So (not so) amazingly, Trump won the election! But of course if you had been watching closely you would have seen this coming. And sadly this is what it’s like living in our new fake world. We’ve all crawled so far inside the hug boxes, we cringe and run from anything that threatens our narrow world view. I humbly urge you to stop participating.

News sources with actual journalists include The Intercept, The Corbett Report, and AntiMedia. Turn off CNN already.

For an incredible new documentary on this topic hurry up and watch HyperNormalisation by Adam Curtis.

Have you ever had a dream like this? [OG]