At the end of July, 2020 Ledger the French company behind some very popular crypto hardware wallets made a news post detailing a data breach they had suffered. In their update they admitted to losing customer data including the home addresses, emails, names, and phone numbers of 9,500 users.

On the surface it didn’t seem so bad but the crypto community went ape shit over this news as many of us suspected the breach was far worse than Ledger claimed. A growing number of users in the /r/ledger subreddit complained of phishing attacks and SMS based scams. A lot of people lost money to these scams and as time went on it became obvious there was more to this leak than met the eye.

I like to keep an eye on leaks like this so I had been waiting for a drop on the forums where this stuff usually happens. On Dec 20, 2020 Twitter user (@UndertheBreach) tweeted about a thread on Raid Forums (archive link)

ALERT: Threat actor just dumped @Ledger's database which have been circling around for the past few months.

The database contains information such as Emails, Physical Addresses, Phone numbers and more information on 272,000 Ledger buyers and Emails of 1,000,000 additional users. pic.twitter.com/Sv9cQwhuNy

Here we have a user by the handle Burgulema111 giving away Ledger customer data for free. This was a bit unusual as the data is quite valuable and they could have easily made some good money selling it. Most likely it was already for sale somewhere and this user was just passing along the goods for some clout. I’m not really sure yet.

But what was more surprising was how much data the download contained.

Wow that’s a lot more data than Ledger admitted to, just as we suspected. So Ledger either:

Either possibility is obviously very troubling. 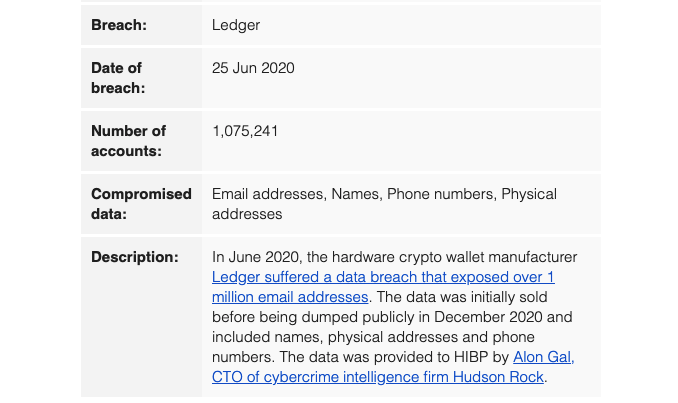 I wanted to avoid writing this article but there has been some difficulty over people accessing the data, and some confusion over the two data sets. To make it worse tools like haveibeenpwned are reporting to ALL users that their names and physical addresses have been leaked even if their email only appears in the big email list.

They really should have released it as two data sets but I guess they have some obscure reasons as to why they didn’t bother.

Heaps of reasons I’ve detailed to death many times in the past including massively increased processing overhead, fundamental schema change and ultimately, the goal of @haveibeenpwned to report on presence in a breach which it does with already

Because there was one breach. Imagine if, for every breach in @haveibeenpwned I had to start breaking single incidents apart into smaller ones based on who had which data attributes exposed. Nightmare. Easy solution: ask Ledger what data was exposed, that’s their responsibility.

I’ll point out that the reason I’m making this available is because it is important Ledger users see it. Criminals already have it so there is no point staying quiet about it. I also really don’t like when people lord over this type of data and responsible disclosure is uber important these days, so here we are.

Horror! I’m in the breach what now? 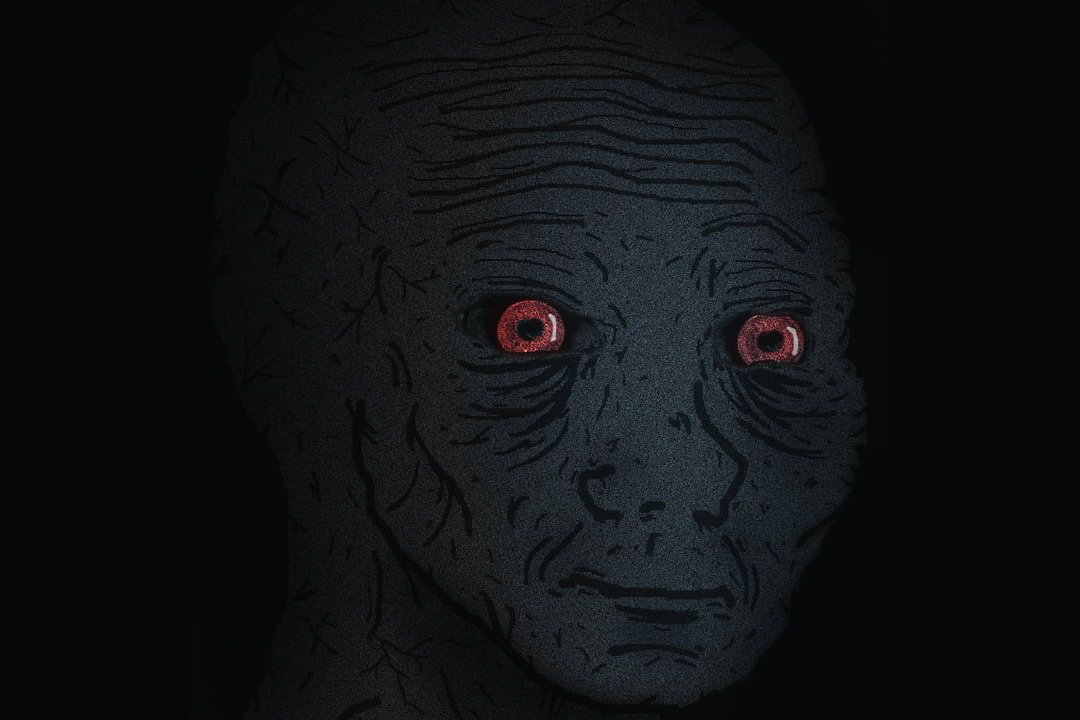 If you found yourself in this breach here is what I would do:

I hope this helps alert those who were affected by this and that is my only motivation for providing the files. At the end of the day everyone who was impacted by this has a right to know what was leaked.

In the future always remember that privacy and security are two sides of the same coin. Without one the other doesn’t exist.