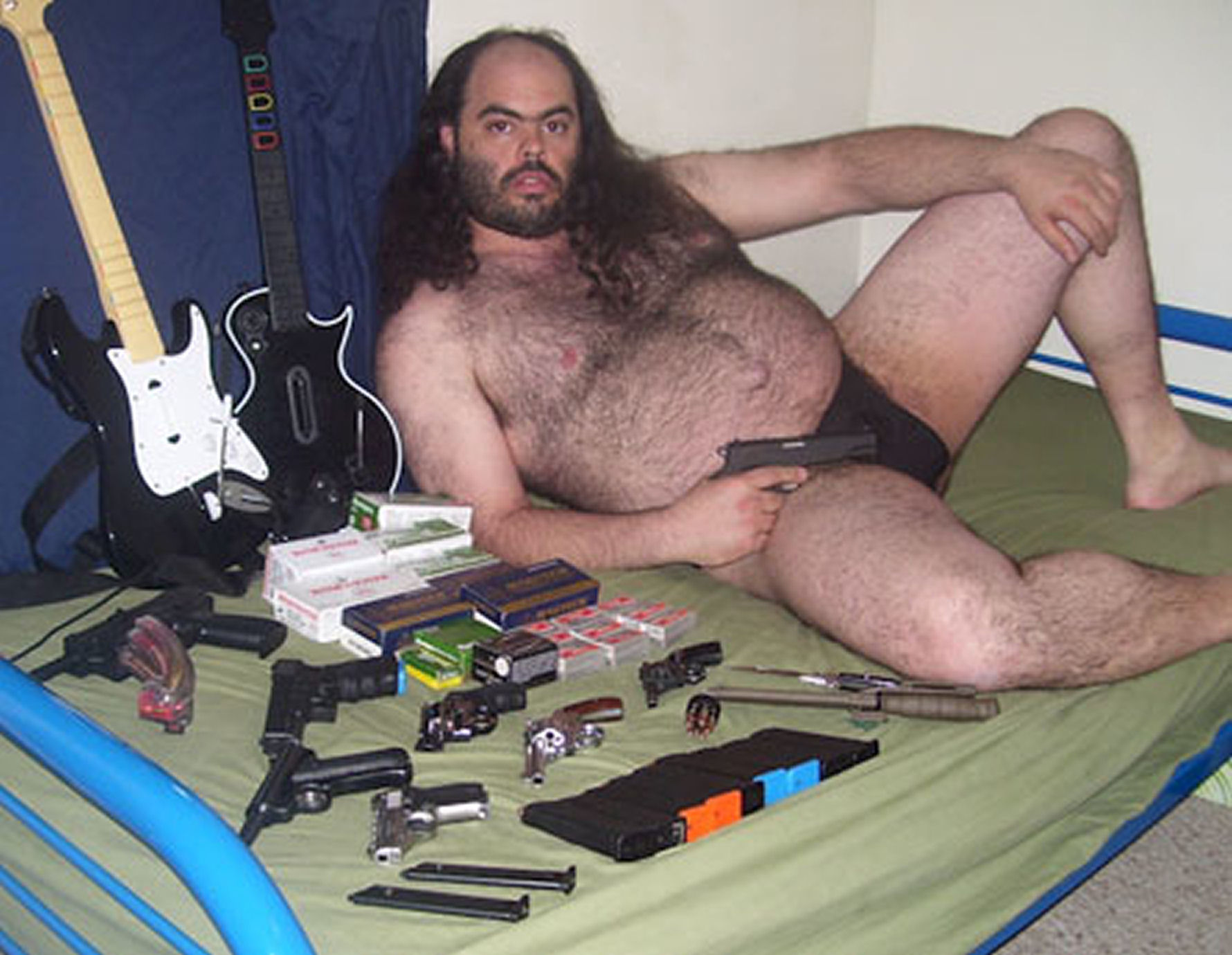 I’ve been harvesting laffs on the internet since the 90s, you might even say its a passion of mine. Like any good troll when something Earth shattering comes across my desk I save it to my dank meme repository for further lulz and analysis later.

I can’t remember the exact year I came across Creepy Speedo Guy but my guess is sometime around the year 2006. These images never get old. Speedo? Check. Massive beer gut? Check. Too many guns? Check. Guitar Hero? Check. Tons of body hair? Check. This is internet gold people.

That’s right it’s a goddamn crossbow. And if that fails I got a lighter ready to go.

a Ruger, a knife, got my boots on. Okay I’ve been drinking a wee bit but who’s perfect?

But who is this glorious dude? I found an old post where a user named Micromancer confirms the photos are him:

It’s a year later, and while there are some innaccuracies listed here the general jist of what went down is right. But most importantly, for the most part my family is doing pretty well. We are all mostly happy, though separated. As far as the pictures go it pleases me greatly when people can see these for what they are. A joke on the internet. Not to be taken seriously, and certainly not to be used to judge who I am or stand for. I’m quite anti-racist, do not suffer from paranoia, and am not affiliated with any organized religion. I just happen to enjoy collecting guns, and am thankful I have a place to talk about the hobby with people that aren’t insane tinfoil hat types. Also, if you must be insulting, please try and remain consistent. Please either choose homosexual, or pedophile after young girls but not both. You’ll be wrong either way, but at least this way you won’t look retarded doing it.

As I was reading here these images first appeared on the somethingawful forums but those fags have it behind a pay wall. As it stands Micromancer’s and his wife (now ex) took these photos for the noblest of reasons: lulz. I see no reason why they shouldn’t be made available in all their glory for future generations of fun seekers.

For an update check out this video of the Creepy Speedo Guy (Micromancer) popping some caps with his family.